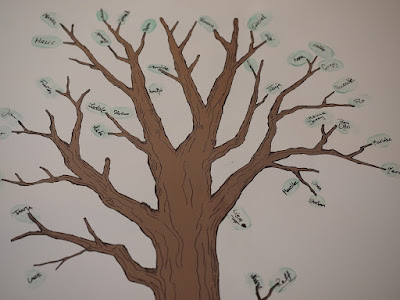 Jesus the Messiah's family tree has surprising things to say about one's past and future. This 4-day devotional study will have you discovering surprising and, hopefully, encouraging truths.

Day 1
Matthew 1:1-17
Marked: v 1, 3a, 5ab, 6b
Impressions:
1. The mention of these four particular women are quite unusual since lineages are usually traced through male ancestors. And since these are the only women mentioned here, it makes it even more odd considering who they were.
Why were they included here then?

2. A few other noteworthy details concerning this ancestry:


Lessons Learned:
1. The inclusion of the 4 women tells us that:


2. Christ’s lineage having wicked, murderous, and idolatrous people, along with leaders who were disloyal, if not partially committed only to God. This tells us that:


Day 2
Matthew 1:18-19
Marked: v19
Impressions:
1. Under Jewish law, an engaged couple was virtually married. To break the engagement, divorce was the proper process.
2. Divorce was done either publicly (exposes the offender for possible stoning) or privately (just hands her a written divorce certificate before two witnesses). Most men would probably go with the first option to get back at an unfaithful fiancee. But Joseph showed compassion here as he followed the law.

Lesson Learned:
Despite the wrong done to us, we should always be ready to show compassion when the need arises. For any wrong done there has to be consequences, but to keep a relationship and glorify God in the process, there has to be compassion. The necessity of consequences is born out of a sense of justice. The necessity for compassion is born out of a sense of love.

Day 3
Matthew 1:20-23
Marked: v 22-23
Impression:
An angel reminds Joseph in a dream of the prophecy in Isaiah 7:14. Once again, we see how details of prophecy several hundred years before, quietly unfold before the eyes of these gloriously blessed couple.

Lessons Learned:
1. God’s promises and plans are dependable and true. Nothing can ever thwart any of God’s plans. Nothing can hinder God’s promises to us, except our disobedience.
2. If all these OT promises about Christ and other matters have come to pass, then we can rest assured that the promises that are yet to be fulfilled will do come true.

Day 4
Matthew 1:24-25, 19
Marked: v 24
Impression:
Upon being reminded of God’s prophecy and after being told that he has a great task ahead, he resolved to change his plan and obey.

More on Matthew:
Matthew 2 Gives Insight into the Birth of Christ and more
Matthew 3 on John the Baptists Talks About Repentance and Baptizing Jesus
Jesus Shows Us How to Handle Temptations and How to Fulfill our Call in Matthew 4
A powerpoint video message of Matthew 6: 19-24 on "Pursuing What Matters Most"
A powerpoint video message of Matthew 6:24-35 on "Are You a Worker or a Worrier?"
What Matthew 21 Says About Faith
photo credit to Hans B
Ancestry Matthew Messiah

we are to help the fallen brother and those who serve the flock This 10-day devotional reading looks into what Paul teaches about supporting the brother who sins and the brother who labours for the Lord. He also shares truths about false teachers and pride in the christian life. Day 1 Devotional Reading: Galatians  6:1 Marked: vs.1 Notes /Impressions: The brother who sinned here is someone who had a lapse in judgment and slipped or stumbled into sin. This is not a case of intentional, habitual, willful sinning. “Restore” (καταρτίζω katartizō - Present Active Imperative here) was used in secular Greek for setting fractured or dislocated bones. In the NT, it was used in the sense of refitting, repairing, or mending something broken such as nets.  Lesson(s) Learned: We, who are in a position of relational and moral responsibility, are commanded to help get back on track (restore) our brothers who have gone astray. The command to restore brothers who stumbled into sin requires 3 essential

Matthew 2 Gives Insight into the Birth of Christ and More

Understand the characters in Matthew 2 This devotional study on Matthew 2 is divided into 10 sections. The chapter gives insight on the birth of Christ and on what's going on with the wise men, Herod, and Joseph. Section 1 Matthew 2:1-2 Marked: vs.2 Notes /Impressions: There are no definite evidences as to the exact identities of these wise men and where they came from exactly.  The only exact information we have of them is that they came from the east, they are not (3) kings, and they most probably traveled in a large group (for fear of robberies, most probably) for several weeks, over at least 800 miles (possibly more). A quite unusual sacrifice just to meet a child; unless they knew of Him more, and may have been also waiting for Him.  There are several theories as to the identities of these wise men, but I believe the best fit could probably be that they are from Babylon. Some of the wise men of Babylon were actually serious seekers of the truth. It is possible that they learne

understanding Matthew 8 This devotional study on Matthew 8 is divided in 8 sections. Know what it means to have faith, what it takes to follow Christ, and more Section 1 Devotional Reading: Matthew 8:1-3 Marked: vs.2b-3a Notes /Impressions: Leprosy was regarded as a curse from God that can only be cured through supernatural means. (Num.12:10-15; 2 Kings 5:9-14). Lepers were avoided back then and anyone touching them could become ritually unclean. But Jesus broke the norm here as He touched this man and healed him.   The man trusted Him fully. He had genuine faith. He left it all to Jesus to decide what to do with him. Lesson(s) Learned: Jesus broke norms when He ministered to people. He didn’t care what tradition dictated He would be when He touched and helped this man.  Our ministries shouldn’t be bound by traditions. Without compromising Biblical principles, we should do what we can to reach out and minister to people. The man showed genuine fai